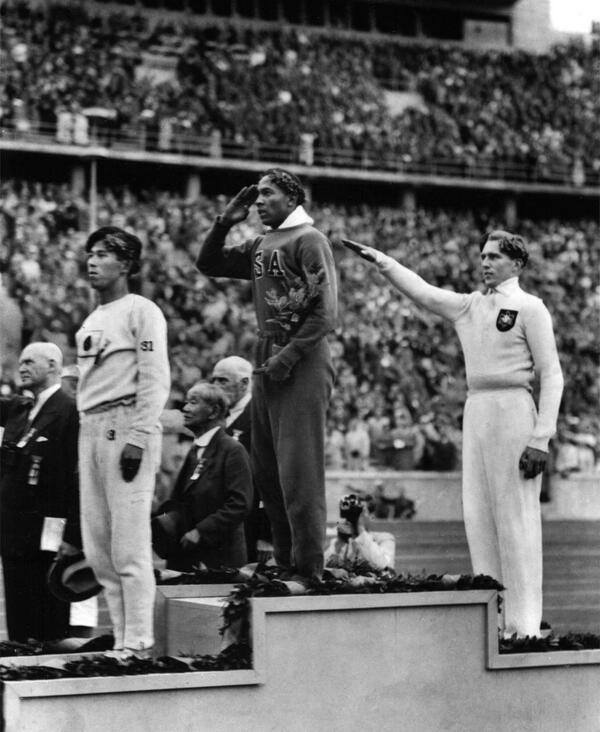 Owens said, “Hitler didn’t snub me – it was President Franklin D. Roosevelt (FDR) who snubbed me. The president didn’t even send me a telegram.” On the other hand, Hitler sent Owens a commemorative inscribed cabinet photograph of himself. Jesse Owens was never invited to the White House nor were honors bestowed upon him by President Franklin D. Roosevelt (FDR) or his successor Harry S. Truman during their terms. In 1955, President Dwight D. Eisenhower honored Owens by naming him an “Ambassador of Sports.”

Jesse Owens, practices aboard the SS Manhattan on the way to the Olympic Games in Berlin, 1936